Whales can be identified just from their blows, even from a mile away! The different whales have different shapes and heights of their blows.

FIN WHALE: Also known as the Finback whale or Common Rorqual baleen whale.
Very tall and thin column shaped blow up to 6 Metres high.
When feeding, they blow five to seven times in quick succession, but while traveling or resting will blow once every minute or two. On their terminal (last) dive they arch their back high out of the water, but rarely raise their flukes out of the water. They then dive to depths of up to 470 m (1,540 ft) when feeding or a few hundred feet when resting or traveling. 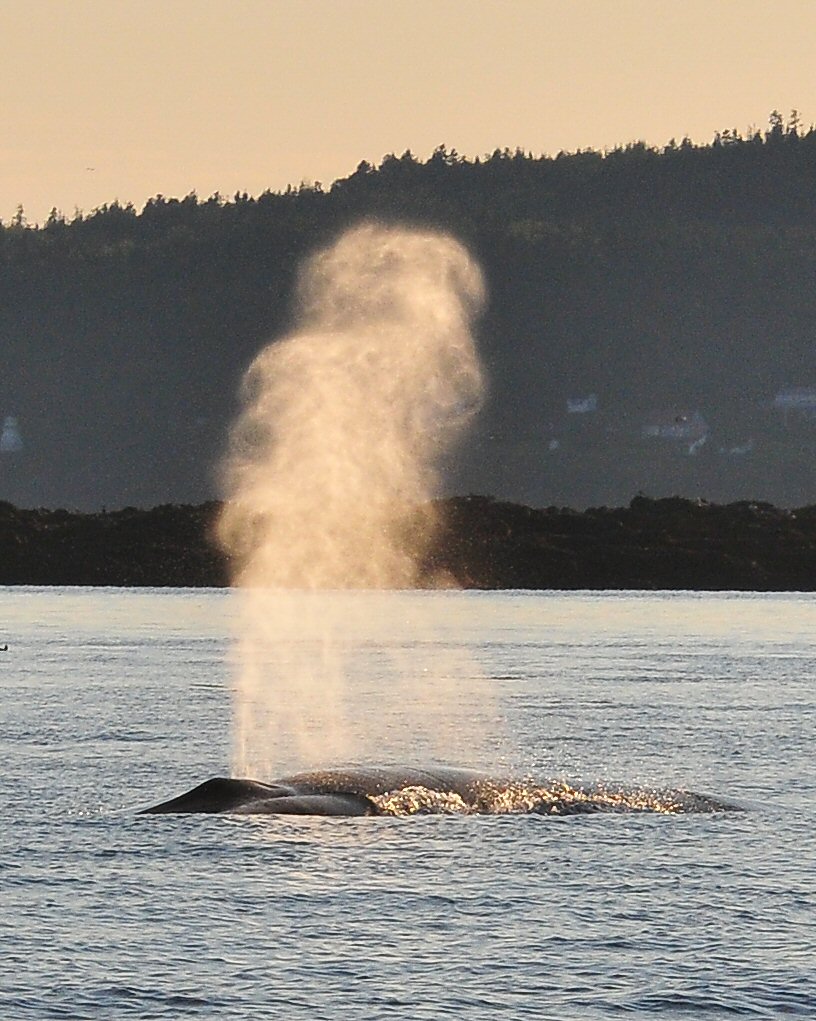 HUMPBACK WHALE:
Shorter bushy, balloon shaped blows that are nearly as wide as they are tall and up to 3 Metres high.
Dives between breaths typically do not exceed five minutes during the summer but are normally 15–20 minutes during the winter.
On average we find on our tours that a Humpback will go down for a dive ranging between 4-7 minutes while feeding and then come up again for about 6-8 breaths and repeat the process
Humpback whales have been known to hold their breath for up to an hour-but we are sure glad they don’t this very often! 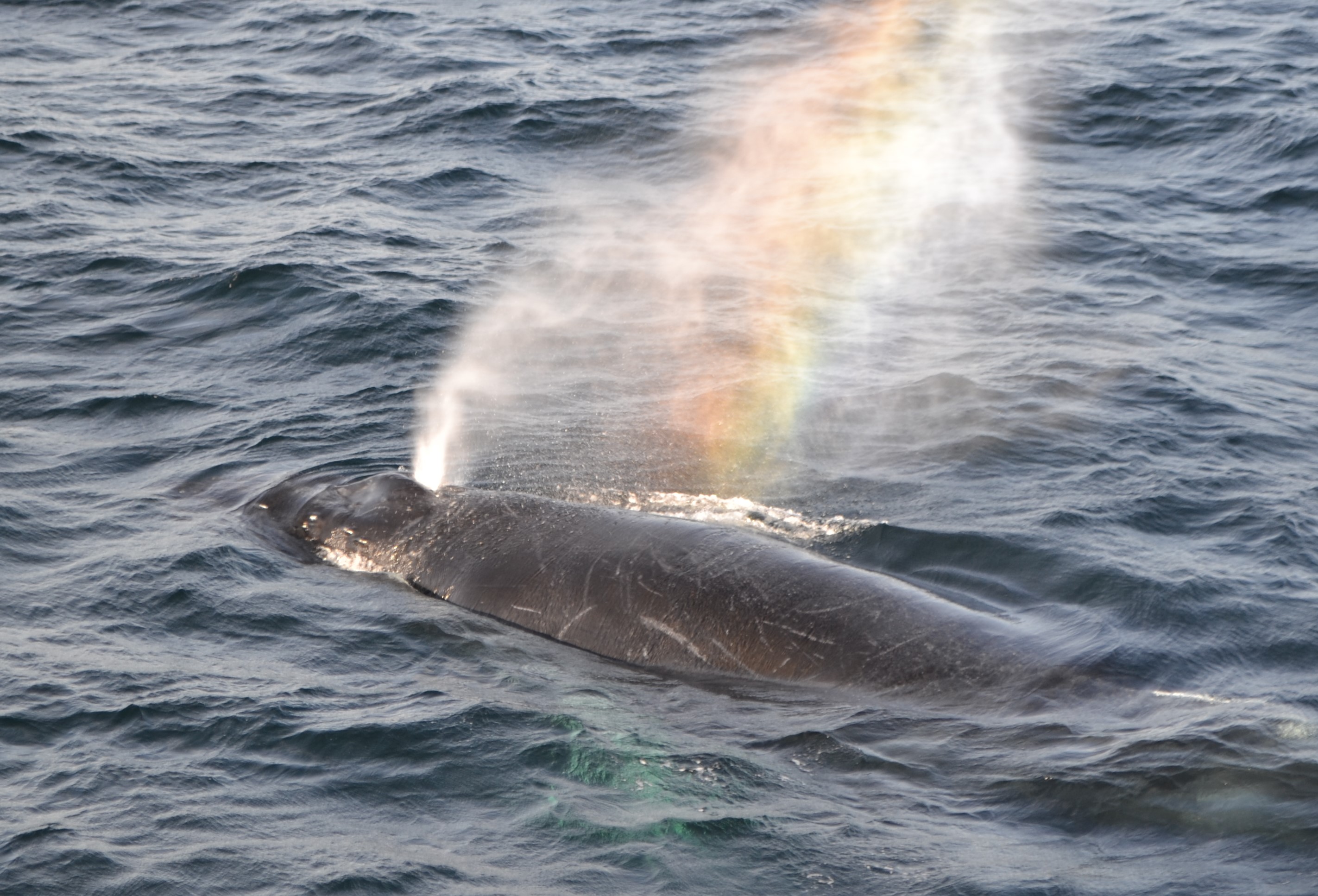 MINKE WHALE:
The blows of the Minke whale reach about 2-3 Metres high.
Minke whales breathe air at the surface of the water through 2 blowholes located near the top of the head. At rest, minke whales spout (breathe) about 5-6 times per minute.
They received their common name from a Norwegian novice whaling spotter named Meincke, who supposedly mistook a minke whale for a blue whale.

Locally, we call them ’Stinky Minke’. The term “stinky minke” is a nickname minke whales earned for their odour of rotten fish. Perhaps some chemical in fish or krill also makes it into whales’ bloodstreams, giving their exhalations fishy odours. It is a really ‘special’ experience to smell the breath of a Minke whale from downwind!

NORTH ATLANTIC RIGHT WHALE:
The Right Whale is known for the V-shaped blow caused by the widely spaced blowholes on the top of the head. The blow rises 5 m (16 ft) above the surface.

Why can you see the whales spout when it breaths?
In baleen whales, the blow holes are in pairs. It is homologous with the nostril of other mammals, and evolved via gradual movement of the nostrils to the top of the head.
Guests can see plumes of mist shoot out of a hole in its head from a mile away at times. Contrary to popular belief, that’s not seawater. It’s actually a cocktail mix of hot air and bacteria.
As a whale breaches the surface, it opens its blowhole and then forces warm air from the lungs into the cold atmosphere. The temperature change triggers water vapour in the whale’s breath to condense into water droplets.The same phenomenon happens when you exhale on a cold day.
Scientists collected samples from 26 humpback whales. Within the spouts, they discovered 25 microbial species. The species were different from what was in the seawater indicating that they came from the whale’s respiratory tract. This is the first step in understanding respiratory disease in whales.